ĊineXjenza sparks conversations around science topics raised in movies. In monthly events, we screen movies followed by discussions with topics ranging from science to philosophy and mental health to science fiction. Those discussions are led by experts and raise issues like the applicability of movie themes to real life, the availability of technology in the near future but also their ethical and social implications. The event is open to all who want to see a film and have a chat—an entertaining evening.

ĊineXjenza wants to reach people who are interested in film and engage them with various scientific topics. The initiative also strives to make various groups of people aware about topics like mental health, general well-being issues and how science is important for their lives. The project triggers discussions about the ethical and social implications of research. Using a movie screening to start these thought processes and discussions makes it less of an intellectual exercise but a fun and entertaining evening.

ĊineXjenza has been running since 2015. The concept was created by Dr Edward Duca to encourage new audiences to engage with science and research in a fun and creative way. Since then, nearly 50 events have been organised attracting around 20 to 60 people per event.

In recent events, ĊineXjenza featured researchers like the Cambridge statistician Sir David Spiegelhalter and collaborated, amongst others, the Malta Neuroscience Network and the Brain Awareness week (one of the most popular yearly events that regularly pulls in over 100 people).

The ĊineXjenza events most often happen inside Spazju Kreattiv’s cinema, who have helped make the event possible with their support. Over the summer months the event has regularly been turned into an outdoor cinema as part of the Science in the City festival and during the Covid-19 pandemic, the events focused on local productions screened online.

For the 2022/2023 season, the team plans to kickstart things at the Science in the City festival in September, followed by monthly events at Spazju Keattiv until May 2023. The team wants to include more youths in its events by working with more student organisations and public entities.

The event now has nearly a 1000 followers on Facebook, and has reached tens of thousands of people on social media. In person, it has engaged over 2,000 people over the years with science and movies. The event has helped train several interns and students in science communication skills, marketing, event management and administration.

The project is run by the Malta Chamber of Scientists with the support of the STEAM project (Erasmus+ Key Action 2, closed in 2018), the University of Malta and Spazju Kreattiv. 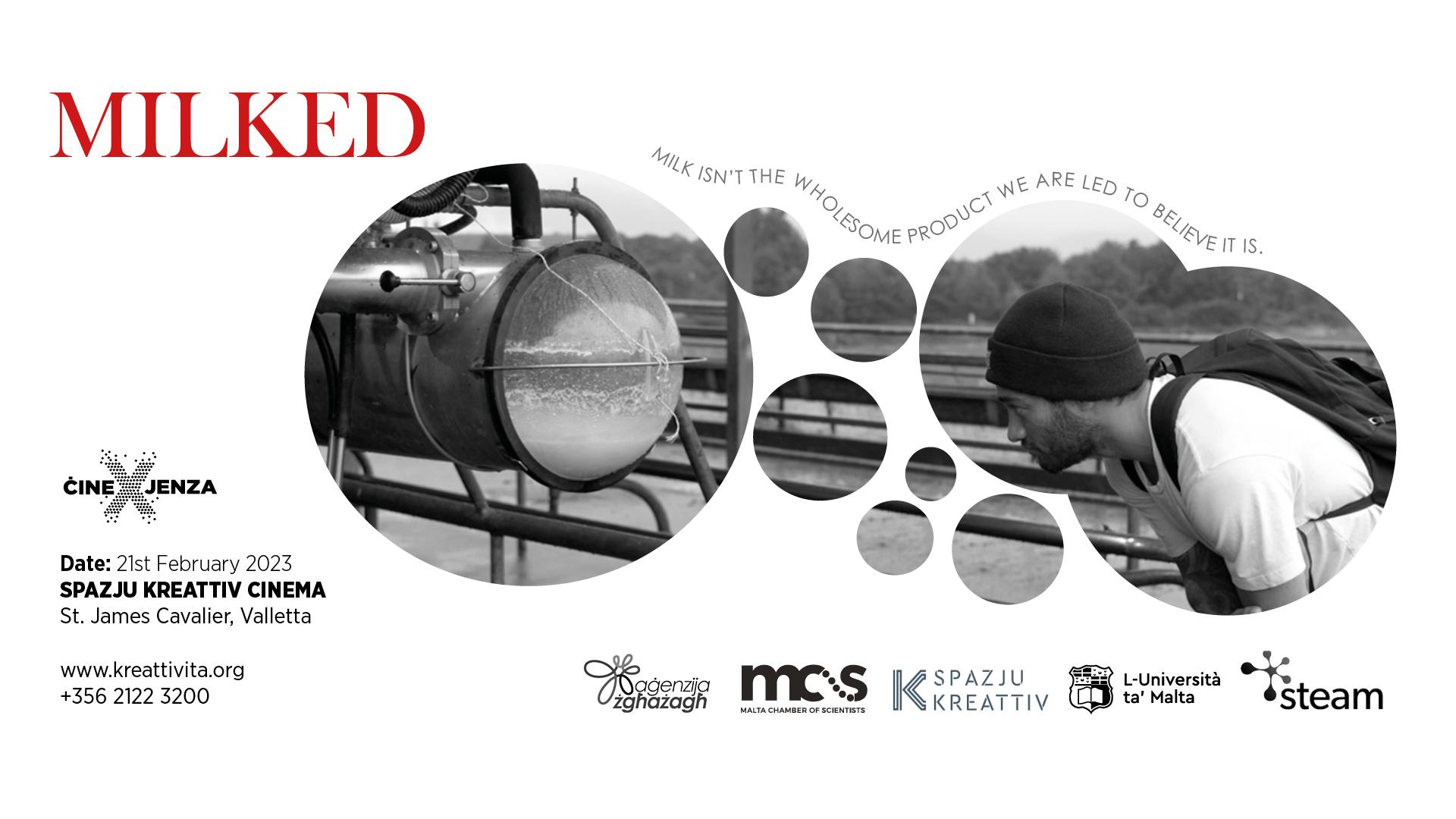 The dairy industry generates an enormous amount of profit, passing on its costs to the environment, the climate and the cows that suffer a great 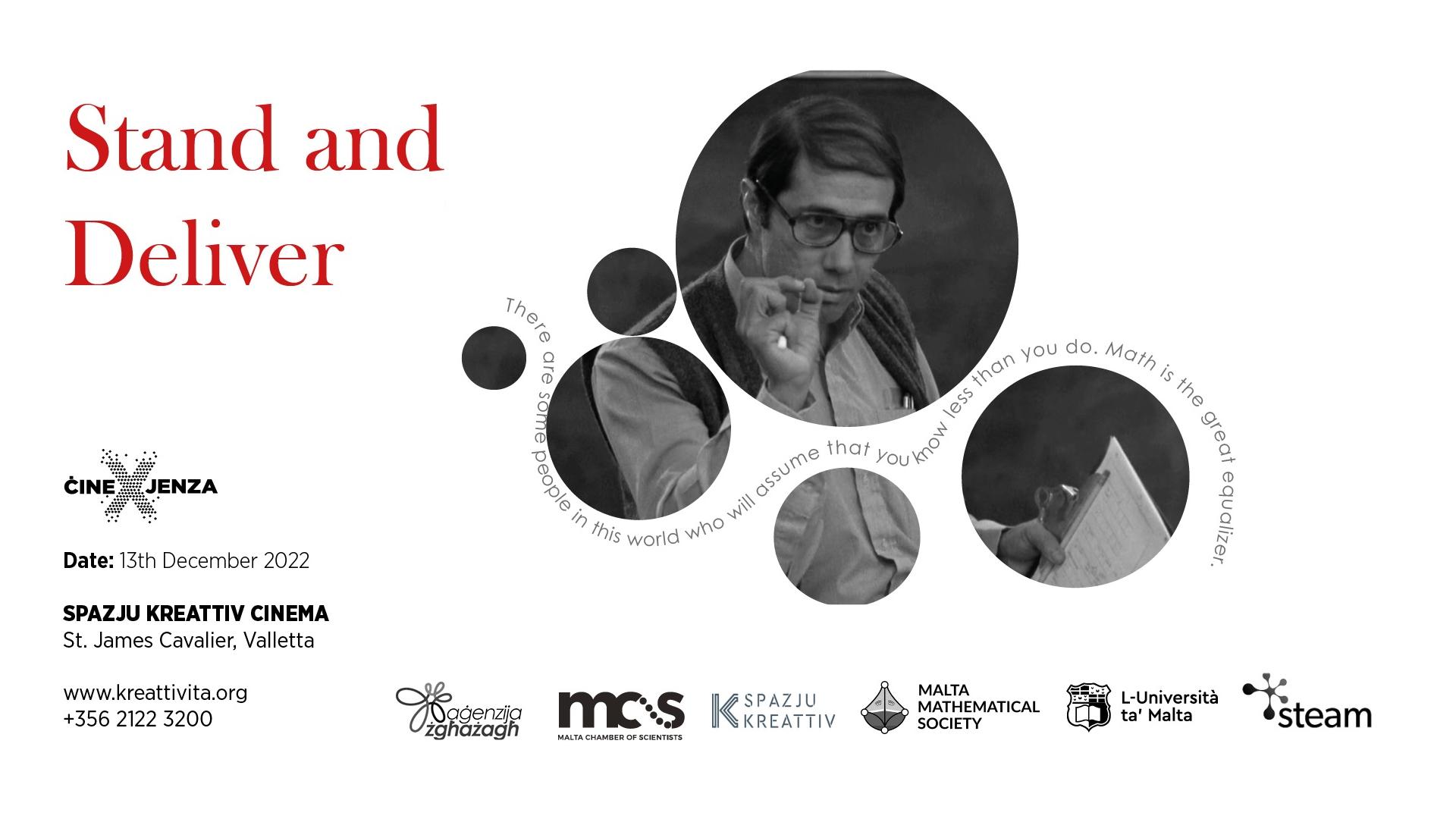 The importance of having a good, inspirational teacher in the formation of young academics and scientists cannot be overstated. Join ĊineXjenza on 13th of December 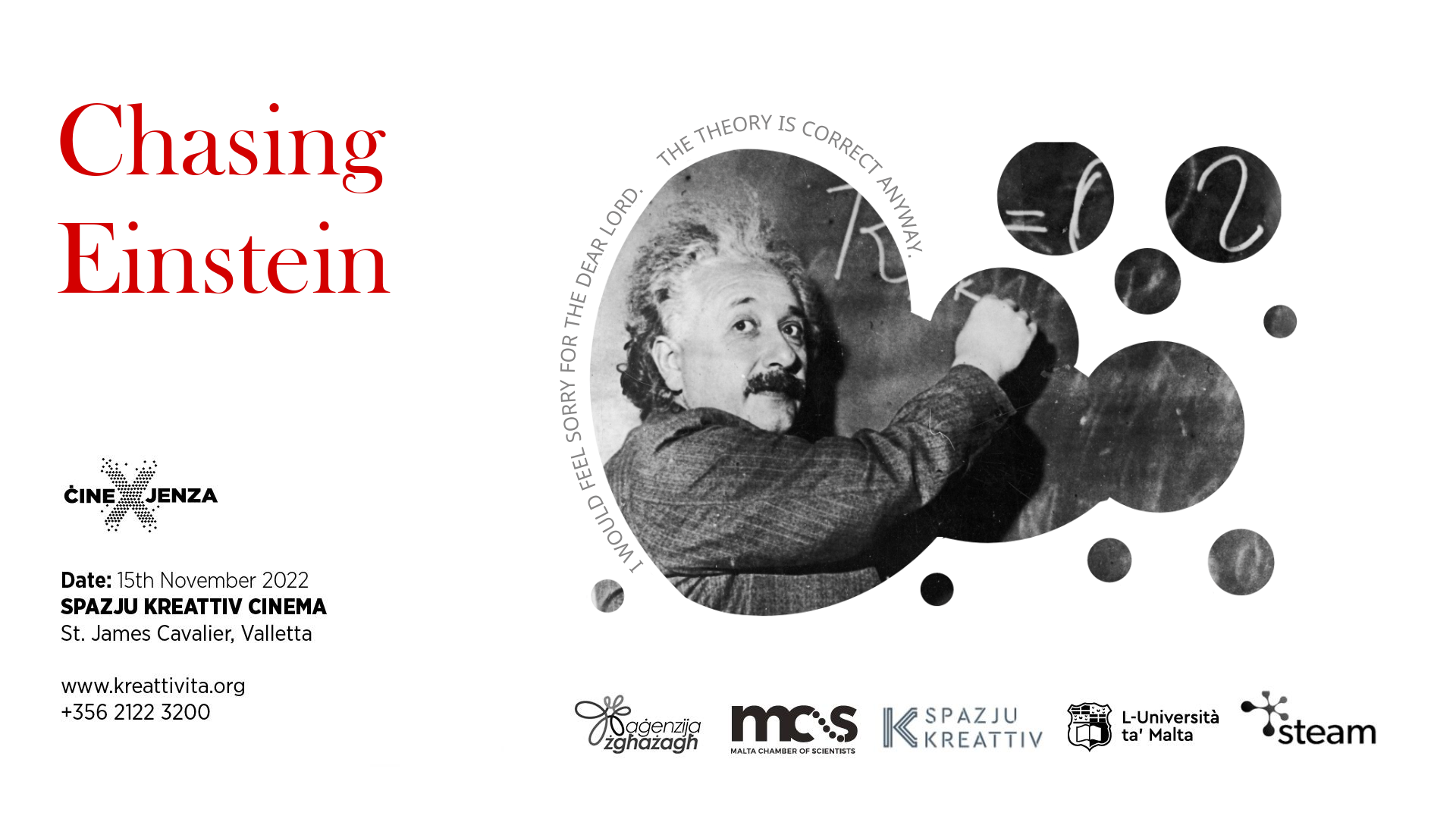 Want to learn about why Einstein is so famous? Join us in the Spazju Kreattiv cinema on November 15th at 7pm to watch the documentary 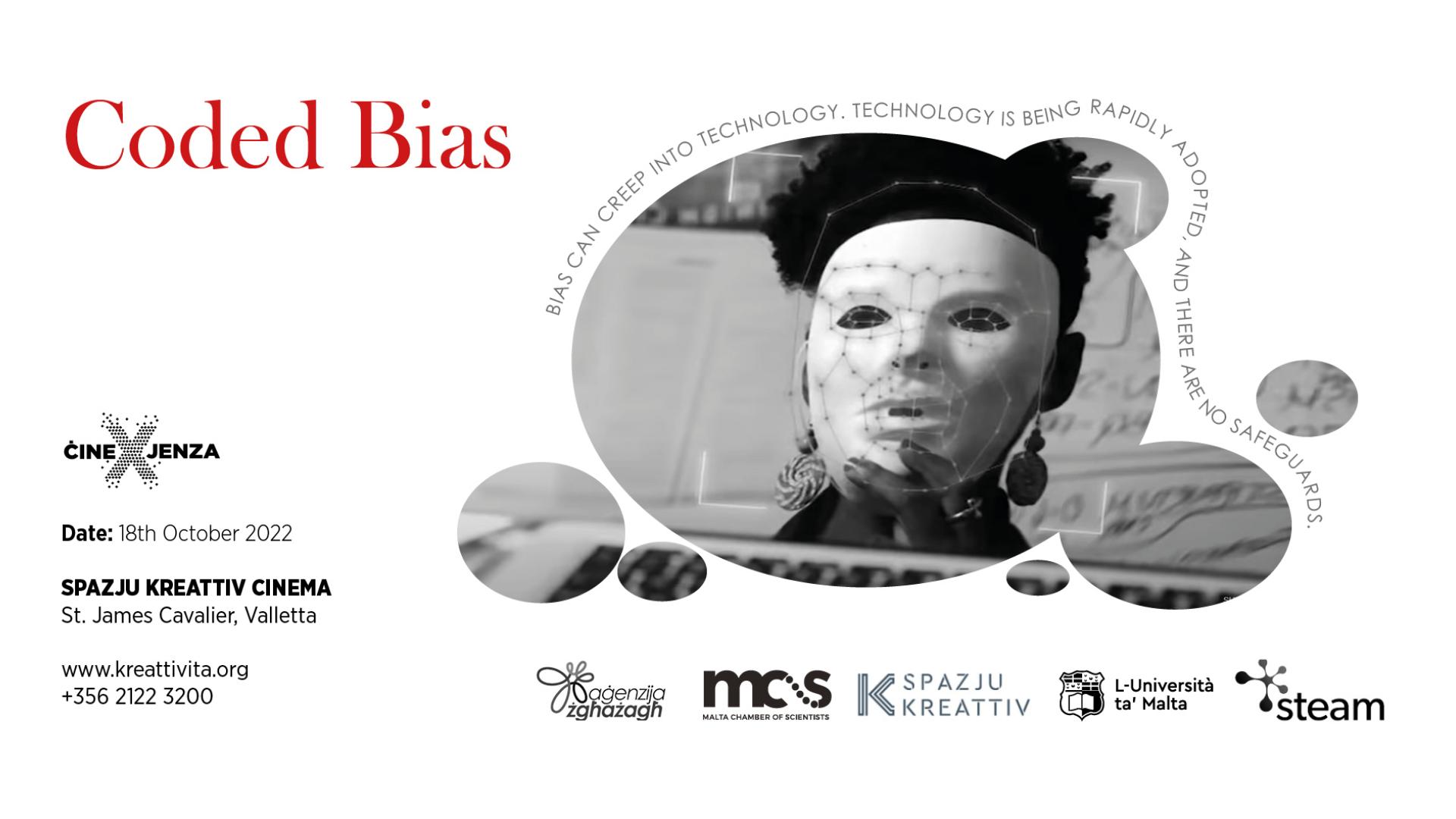 ĊineXjenza is back for its 8th season, kicking off with an event centred around how we can shape the development of artificial intelligence (AI) to ake 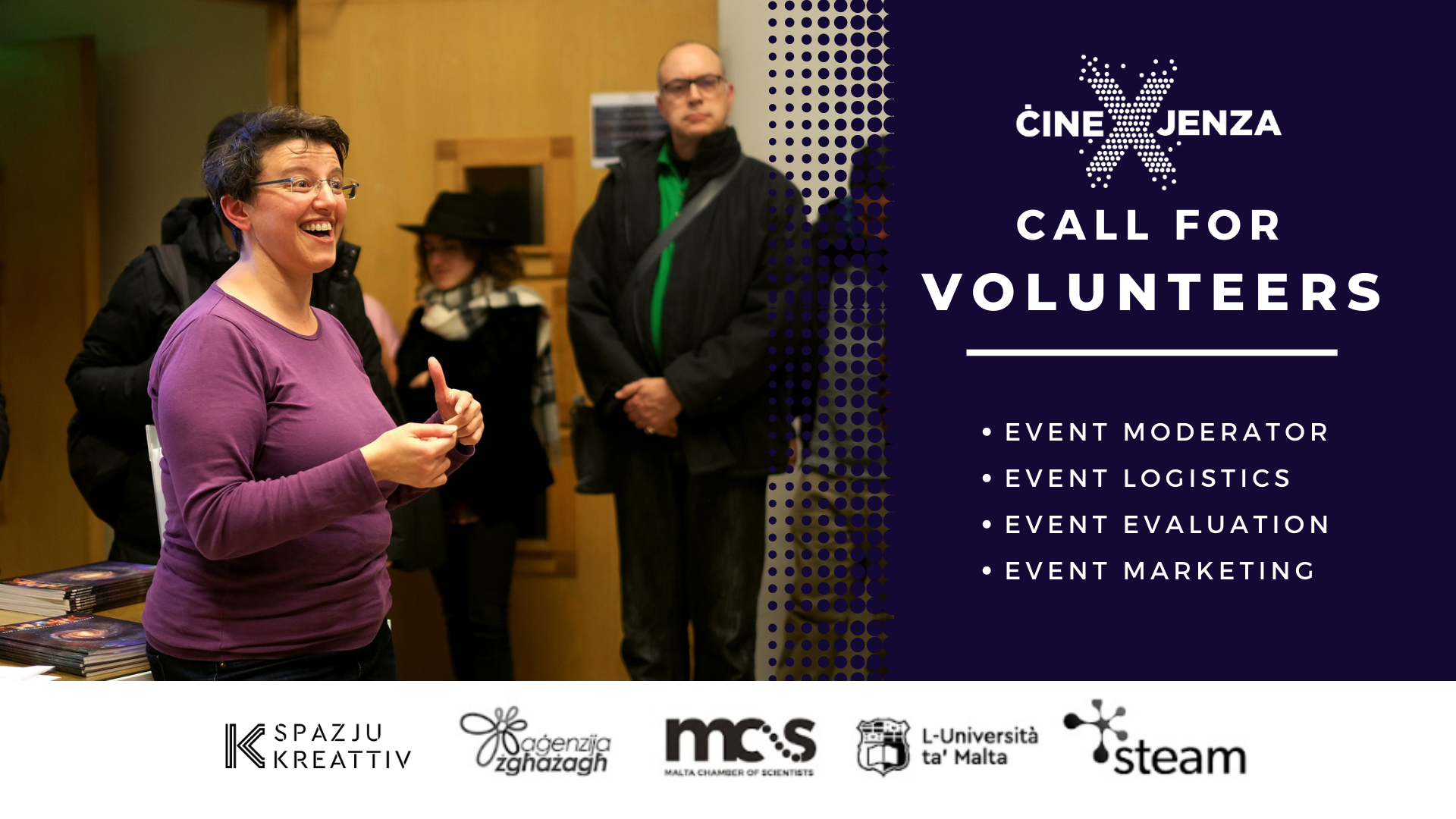 The Malta Chamber of Scientists is currently planning out the next season of ĊineXjenza (2022-2023) and a call for volunteers is now open! We are 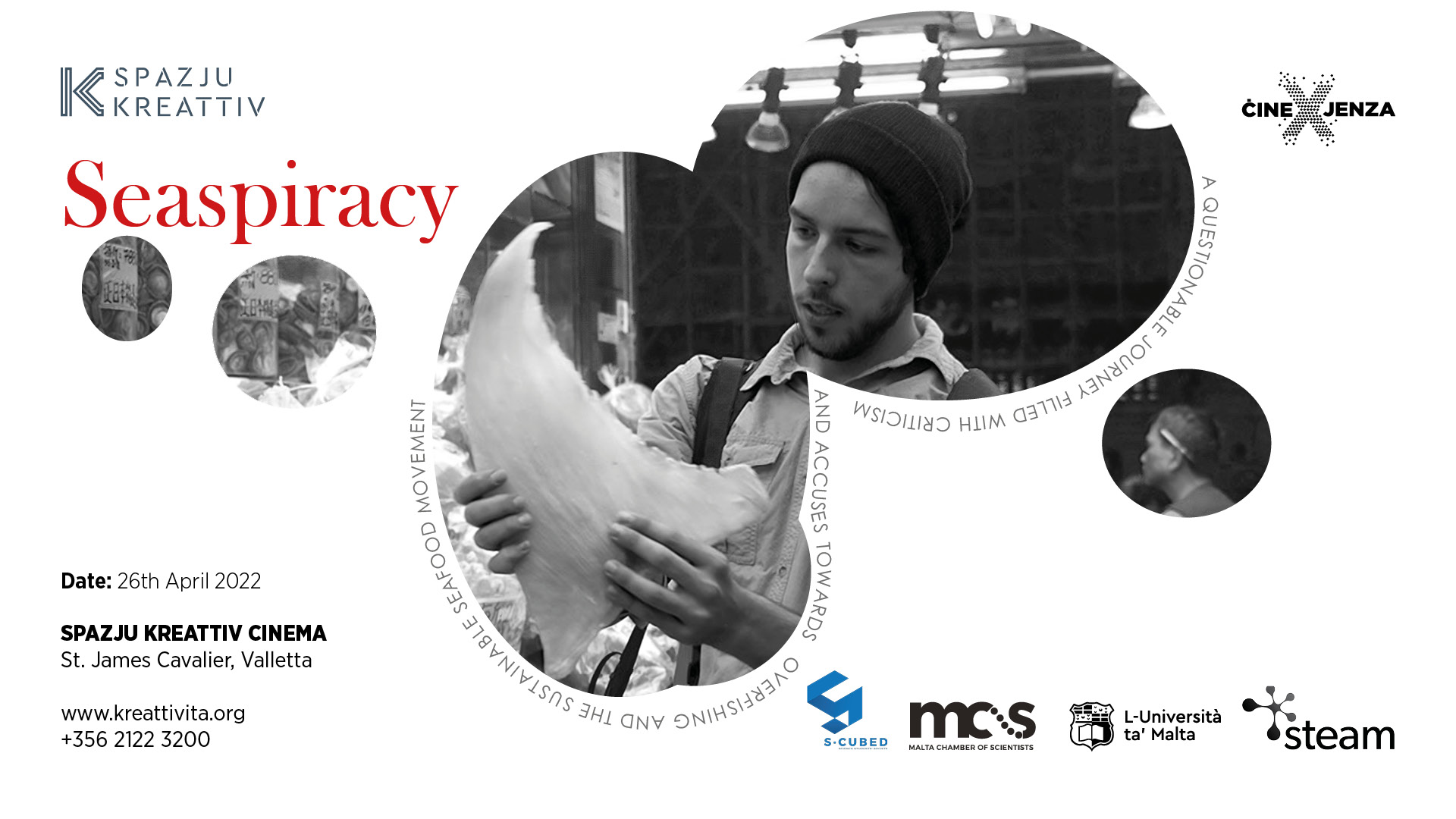 Date and Time: Tueday, 26th April 2022, 7pm Venue: Spazju Kreattiv This conspiracy documentary takes us on a journey filled with criticism towards overfishing and