The Chamber embarked on a project to study the situation vis a vis Women in Science careers in Malta. In a bid to bridge the gap in STEM careers between the genders, the Chamber set up a number of activities to raise awareness and repudiate misconceptions, across the board, targeting children and adults.

Think Big, Be Great! a puppet show that travels through the last century to meet three amazing women researchers who helped change the world. Meet Maries Curie, Margaret Hamilton and Rosalind Franklin here to discover how they succeeded in breaking the mould.

The Chamber produced a video with experiments which children can follow at home to better understand the work of these scientists. Click here for video. These videos were watched by close to 400 viewers.

A Science Day was set up in primary schools, engaging 2,000 primary school students and educators with science on a virtual platform. This virtual interpretation of a Soapbox event brought women from various scientific fields and children together to interact, play games, chat and have fun with science.

A theatrical piece called Jumping Genes was produced by Angele Galea of Laughing Matters for a more mature audience. This play highlights the struggles women face in everyday life as well as in their STEM careers.

‘Women in STEM – Bridging the Gap’ The large gap between males and females in Science, Technology, Engineering and Maths (STEM) careers is problematic for all of us. Bridging the gap is not just a matter of being fair or levelling the playing field. We can think of at least three reasons why we need to nurture girls’ interest in the STEM subjects from a very early age right into tertiary levels and their early careers.

Myths still exist that boys are better at science and maths. This is one of the most self-destructive ideas in education, it is systematically tracking girls away from science and maths. We should be creating opportunities for female role models to meet both boys and girls. Train and support trainers and educators to provide engaging sessions in these subjects. Create intentionally inclusive cultures and working conditions for women who do opt for STEM careers that support them at every step. An important point to reflect on is that inclusivity and diversity includes women, but also other forms of sexual and gender identity alongside LGBTQIA+ issues. Diversity is indeed what STEM, and we all need for a sustainable, well-balanced future.

Footer: This project reflects the views only of the author, and the MEDE and the MCVS cannot be held responsible for the content or any use which may be made of the information contained therein. 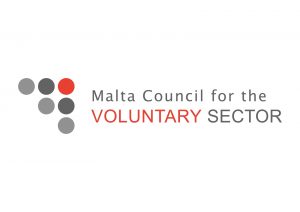