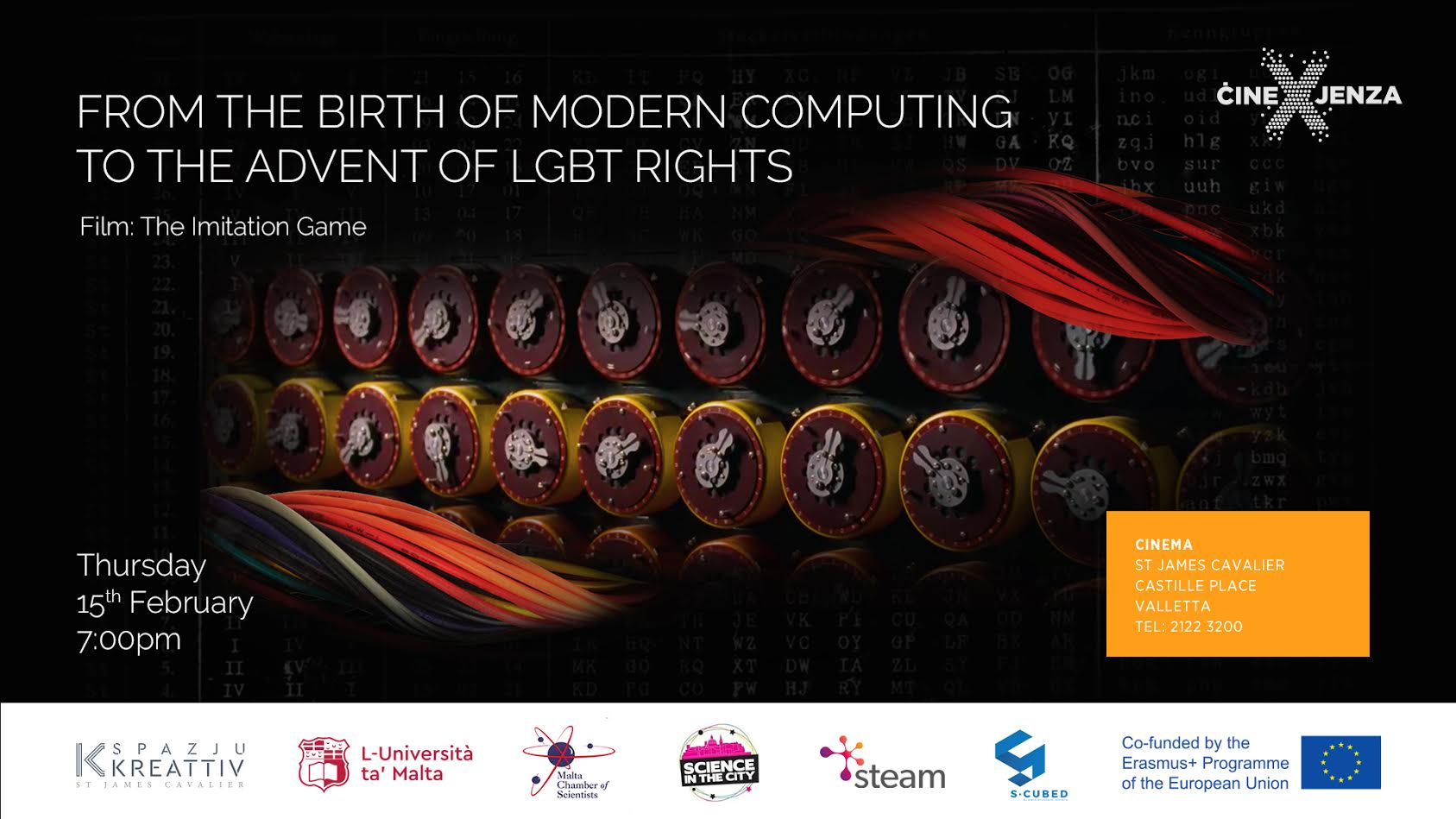 In the winter of 1952, British authorities entered the home of mathematician, cryptanalyst and war hero Alan Turing (Benedict Cumberbatch) to investigate a reported burglary. They instead ended up arresting Turing himself on charges of ‘gross indecency’, an accusation that would lead to his devastating conviction for the criminal offence of homosexuality – little did officials know, they were actually incriminating the pioneer of modern-day computing.

ĊineXjenza aims to spark debates around science topics raised in movies, discussing their likelihood in the future and present technologies. In this event we will be discussing the birth of modern computing and LGBT rights, both issues brought up in the film Imitation Game. The discussion on computing will be held with Prof. Gordon Pace, who lectures on Computer Science at the Univerisity of Malta.

Snacks and refreshments will be served during the discussion.

ĊineXjenza is supported by the STEAM Summer School project funded by the Erasmus+ of the European Union. It is run by the Malta Chamber of Scientists, in collaboration with Spazju Kreattiv and S-Cubed.