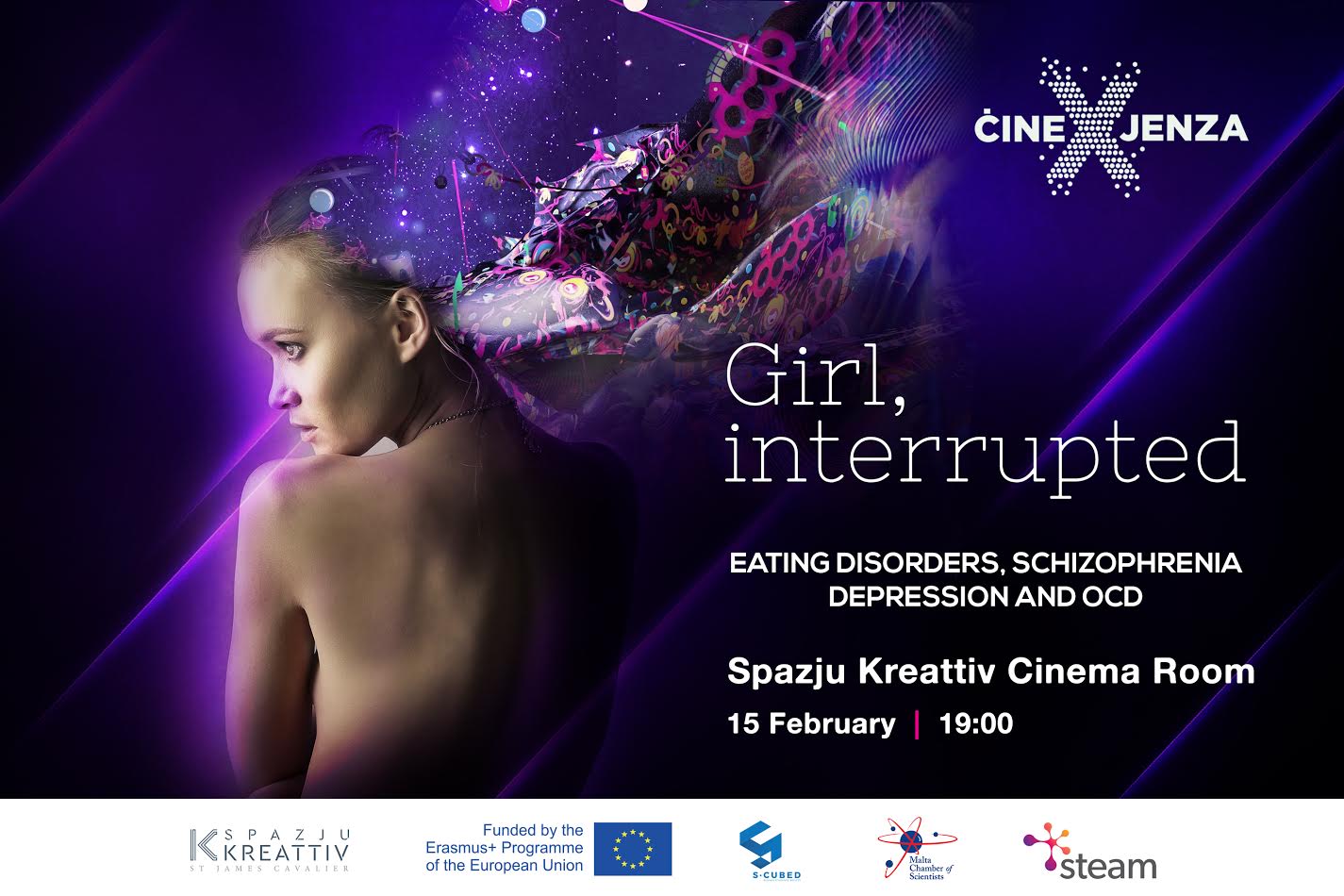 Every one in four people experience mental health problems sometime in their life. The film Girl, Interrupted tells the story of teenage Susanna Kaysen, who is checked into a psychiatric hospital after suffering suicidal actions. Here she meets Polly, Georgina, Daisy and Lisa who are also suffering from mental health problems. The film shows Susanna’s interactions with her new-found friends that changes from sweet to confrontational. It also documents lasting and specific dimension to our definitions of sane and insane, mental illness and recovery.

CineXjenza aims to spark discussion on science-related topics raised and questioned in films. Following the screening of Girl, Interrupted a discussion will be initiated on Mental Health including eating disorders, schizophrenia, depression and OCD.

The event will be held on Wednesday 15th February at 19:00 pm at the Cinema Room, St James Cavalier. Snacks and refreshments will be served during the discussion.

CineXjenza is supported by the STEAM Summer School project funded by the Erasmus+ of the European Union. It is run by the Malta Chamber of Scientists, in collaboration with Spazju Kreattiv and S-Cubed – Science Students’ Society