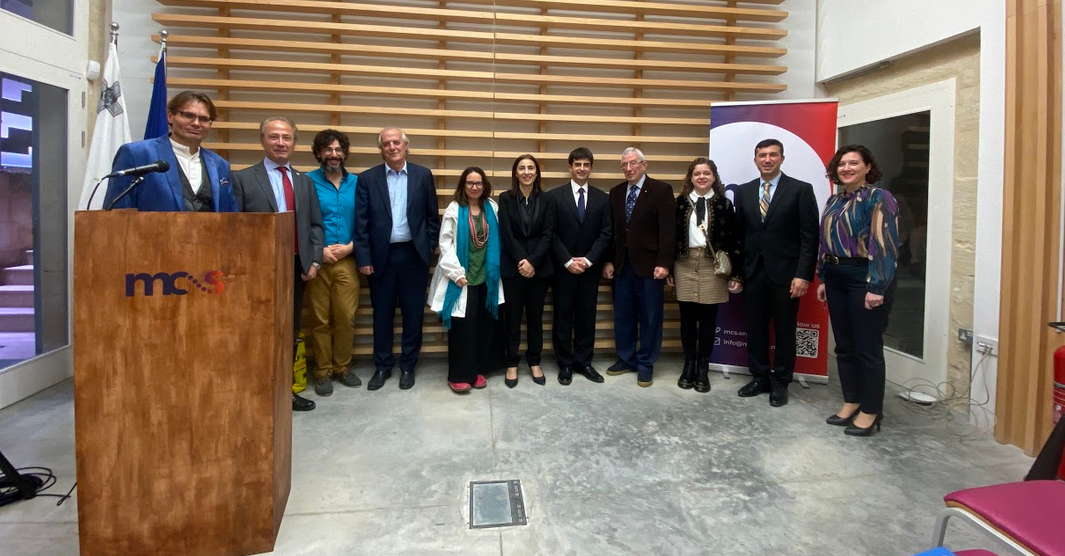 An event held on Friday 2nd December at the Valletta Design Cluster marked thirty years of the  Malta Chamber of Scientists’ work towards science and Research and Development (R&D) in Malta and recognised contributions made by past and present Council members.

The Chamber of Scientists is a professional organisation which seeks to represent the interests of and create a network for scientists and researchers in Malta, while also facilitating the communication of science and research to the general public.

President Dr. Ing. Gianluca Valentino remarked: ‘Ever since its inception, the Chamber has endeavoured to bring together local scientists and researchers with the goals of promoting science in Malta, the training of younger generations in scientific fields, and the public engagement with citizens to show how relevant and important science and research is in Maltese society.’ He invited others who want to voice their ideas and concerns about science in Malta in any aspect, be it education, professional issues or policy to come forward and join the Chamber.

During the event the founding members of the Chamber were presented with a token of appreciation for having launched the Chamber in 1992. Professor Alex Felice, founding president, spoke about the early days of the Chamber and thanked the present Council for continuing its legacy.

Today,  the Chamber is engaged in regular meetings with policy and decision-makers, striving to push science and research to the top of the national agenda. It seeks to engage with practising scientists in Malta, involving them in its policy development. The chamber is also working towards the re-establishment of the Junior Chamber of Scientists.

The Chamber supports various science communication and public engagement activities focused on bringing science to citizens, such as the Science in the City festival, Kids Dig Science, Malta Café Sci and CineXjenza.

The event was also addressed by the Editor-in-Chief of Xjenza Online, Professor Cristiana Sebu, an open access scientific journal published by the Chamber of Scientists. With thirty nine issues in twenty six years, Xjenza plays a prominent role in showcasing research in Malta.

The Chamber encourages scientists and researchers to join the growing scientific community by becoming a member.

The MCS council meets the University of Malta’s Rector